December 1942. Very experienced U-boat ace Johannes von Reinhartz (Clemens Schick) is sent with U-822 on a secret mission to the US East Coast in order to disembark three saboteurs. His loyalty is questioned and U-612, with its CO Wrangel (Stefan Konarske), is sent in pursuit.

Former U-612 CO Hoffmann (Rick Okon) escaped certain death in the Atlantic Ocean. In New York he finds shelter with Sam Greenwood (Vincent Kartheiser), who owes his life to Hoffmann, and meets the sleazy German-born lawyer Berger (Thomas Kretschmann). Will he enable him to return to Germany?

Back in La Rochelle, Simone (Vicky Krieps) is still helping the weak and oppressed, and Forster (Tom Wlaschiha), Head of the Gestapo, suspects as much, as Simone and her roommate Margot (Fleur Geffrier) battle to secure an escape route for a Jewish family.

The story of the new high end series "Das Boot" begins in the fall of 1942, at a time when, in the midst of World War II, submarine warfare was becoming ever more brutal. The plot follows a young submarine Crew on a dangerous surveillance mission, as the Résistance begins to gain influence at the French port of La Rochelle.

During the Autumn of 1942, in occupied France, U-612 is now ready for its maiden voyage, preparing to head into the increasingly brutal warfare with its young crewmen, including the new commander, Klaus Hoffmann. As the 40 young men take on their first mission, they struggle with the cramped and claustrophobic conditions of life underwater. Their personalities are pushed to the limit as tensions rise and loyalties begin to shatter. Meanwhile, at the port of La Rochelle, the world of Simone Strasser spirals out of control as she is engulfed in a dangerous liaison and forbidden love, torn between her loyalty for Germany and the Resistance, and causing her to question everything. Could all she believed to be true, in fact be a lie?

A story of choices and survival, Das Boot explores the emotional torment of life during World War Two, and the brutal reality of living within a senseless war. Buchheim's statement that blind fanaticism drives young men into a hopeless war has unfortunately not lost any relevance in today’s world. 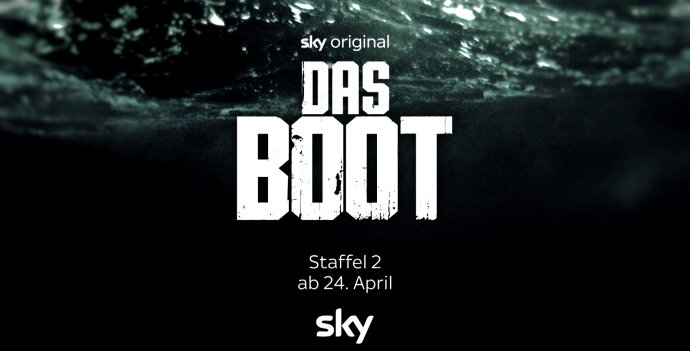 Wed, 17. Apr 2019
Vienna - The Sky Original Production "Das Boot" was awarded the" Prize of the Jury" at the 30th ROMY® Awards in Vienna. This prestigious Austrian Film and Television Award is curated by the daily newspaper Kurier and honors the very best in Film & TV in memory of the actress Romy Schneider.
Read German Press Release
We use cookies to offer you a better browsing experience. By continuing to use our website, you consent to the use of these cookies. Learn More about Cookies and Data Protection.